I do not believe in anything 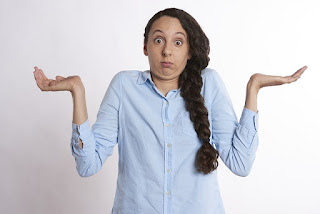 I looked up the definition of the word "believe" a few years back and was surprised.

accept that (something) is true, especially without proof.

After I read the definition, I questioned why should I believe in anything.

Why does one feel the need to believe in anything?
Why not just be open to something and until proven?
We don't need to accept anything as true, especially if there is no proof.

What are we afraid of?

I think we would all be better off if we just said "I don't know" to something we can't prove to be true.

One of the firmest or deepest beliefs people have is the concept of GOD.

The fact is, I don't know if GOD exists or not, and that depends on which definition we are talking about.  But till such time, I don't have proof, I'm happy with saying, I have no idea if there is a GOD or not.


So I now don't believe in anything.

I'm not embarrassed to admit I know very little and I'm happy to learn how things work or why things are the way they are by asking, thinking, and analysing.

I'd like to propose the use of another word:

Resonate
to produce a positive feeling, emotional response, or opinion

That's a word I prefer to use instead of the word "believe" as it is closer to what most of us really mean to say.

So for some people, the idea that there is a GOD could resonate with them. And that's okay.
However, for many, it may not resonate.
Either way, no one needs to believe (accept as true without proof) that GOD exists or does NOT.

I would really love to hear your comments on this.
But also, watch this fabulous video from Derek Muller on
Post-Truth: Why Facts Don't Matter Anymore