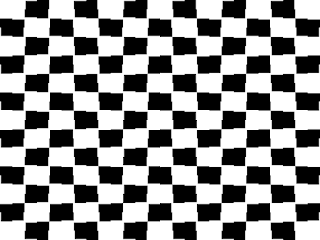 We use the word ‘product’ to describe tangible commodities we can own. But let’s be clear that a product is really a service in disguise, and neither can have owners.

See, products are never owned. Never were, never will be, by anyone – all the way from the creator to the consumer.

Look at some examples of what we call products: computers, phones, watches, cars, ovens, houses, clothing, food, water, oxygen – okay, oxygen isn’t a product, but neither was water till a few decades ago, so you know where this is going.

Now, let’s break down the illusion of owning a computer. When you buy a computer, you think you’ve purchased a product, so you feel like the owner of it. But a deeper look reveals that all the components inside that computer come from the earth. They’re mined, refined, filtered, altered, shaped, and moved from one part of the planet to another, piece by piece, till they form a computer. This computer is then shipped from a factory to a warehouse, then to a reseller, and then finally to your doorstep.

You pay for this computer from start to finish, but what are you really buying: metal, plastic, silicon, glass, cardboard or software? None of them, because these are all resources of the earth. They don’t belong to you or anyone else. (No one owns ‘plastic’ as a material, for instance.) If anything, it’s the other way round – you belong to the earth, since the flesh, blood and bones you’re made of coming from the earth.

In effect, you pay for the hands that build the hardware, and the brains that design the software. You pay for people performing certain functions, albeit technically, you can’t own people either.

Here lies the illusion. For every ‘product’ we think we’re buying, we’re really paying for a ‘convenience’ or ‘service’ – provided by people we don’t own, created with materials we don’t own. What do we own then? Nothing.

This deconstruction is true for any product (tangible) or service (intangible) under the sun.

Take land. When you sign an agreement saying you’ve bought a house, you have the illusion that you own the piece of land. But the land belongs to the earth like it has since the beginning of time. An agreement holds no real value. It is perceived as an agreement as long as certain laws agree with it. When the laws change, the agreement becomes a worthless piece of paper, even though the true worth of the land doesn’t change in the least.

Take your breakfast cereal. Take your internet connection. Take the tiniest cog inside the car you drive. Break down anything you can think of, and you’ll arrive at the same common denominators.

We live in a world so shrouded in an illusion that we believe we own things, or worse, people, when in truth we own nothing. In fact, most of what we pay for a product is used to fund its advertising – to create the very illusion that drives us to buy the illusions in the first place! Now if that isn’t a distorted society, what is?
sustainability Thought Provoking